Interview: KooZA/rch on architecture and presentation 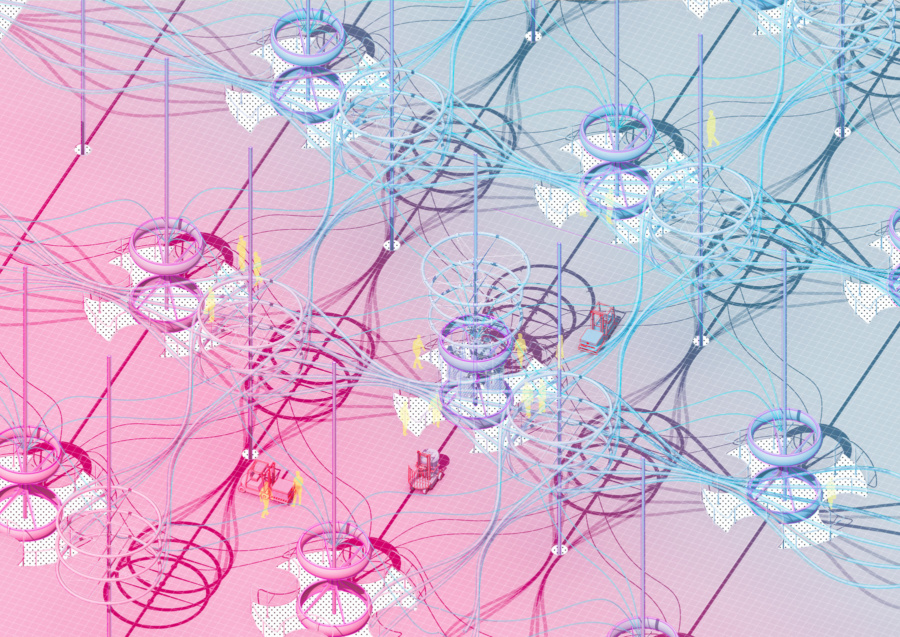 With the evolution of technical means — programs, which we use in our practice, personal computers and the Internet — the cultural space is becoming more and more global and interconnected.

The development of the Internet overcomes the information isolation in our countries and makes it possible to expand the purview of students and specialists. New design movements and trends are spreading faster, and to a certain extent they begin to influence the physical reality itself, entering our workshops and design process.

Sam Jacob from Metropolis magazine writes that, despite the fact that computer has almost killed the drawing, now the drawing in architecture has moved to the ‘“post-digital” mode of drawing that incorporates narrative cues, art historical allusions, and software-enabled collage techniques. It recalls Mies’s sparse one-point perspectives and de Chirico’s metaphysical paintings as well as the affected irreverence of Postmodernism’.

One of the most powerful points in the global information space, where this view at the architectural presentation is concentrated, is the KooZA/rch. Its creators believe that architecture is “a collective discourse which does not and should not stand in isolation, but rather be continuously nourished by diverse perspectives, challenges and discoveries”.

We talked with the platform creators and asked what is KooZA/rch, and what are the goals of this project.

DMTRVK: Why did you decide to start the platform?

KooZA/rch: The idea of KooZA/rch as platform for visionary architecture was born out of the attention devoted to drawing, as both verb and noun, at the Architectural Association as set out by Alvin Boyarsky. In those years’ drawings started to denote an extensive assemble of disciplinary ambitions which ranged from theoretical reflections to foreshadowing built work. Drawing as a medium of disciplinary exchange within architectural discourse and as cultural self-reflection.

Confronted by the advent of hyper realistic renders of utopian architectural artefacts and in continuing with the long legacy of the AA, the term visionary for us refers to projects which not only aim to challenge architecture and its discourse, but the very mediums of conversation through which it is presented.

95% of the projects published on KooZA/rch have never and will never be built, yet they are testimony of present-day issues and solutions articulated by individuals throughout the world.

Our hope as a digital archive is to share the critically un-built, beyond the individual space of the architect’s studio and of the university. We strongly trust in architecture as a collective discourse which does not and should not stand in isolation, but rather be continuously nourished by diverse perspectives, challenges and discoveries.

The greatest limit, which we have addressed with our Abstraction series, is the creation of space where architects can collectively address specifically defined themes, the first being the very ‘tools’ through which we make, from the drawing and beyond. 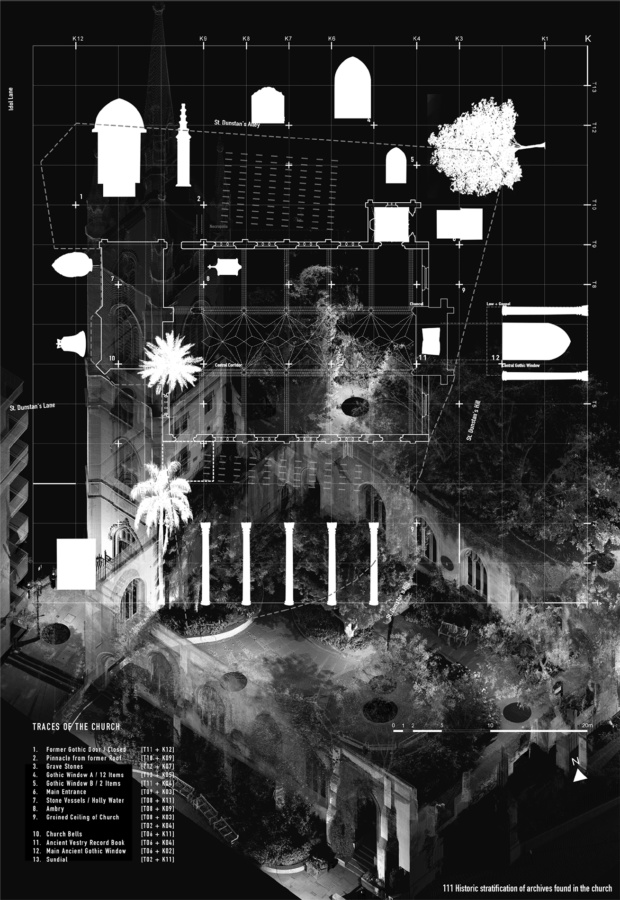 Who does the project?

The project is developed by a team of creative minds, we are always on the lookout.

What’s does its name mean?

The name derives from the surnames of the two co-founders and ‘arch’ as an abbreviation for architecture.

What’s the approach to choosing projects to be featured?

Our main criteria revolves around projects which really exploit and challenge the drawing as medium through which to talk and question architecture. For us the medium is the message. We look for both images of the final artefact as well as work in process images which expose the behind the scenes and construction phase. KooZA/rch indulges in the process as much as in the end product, we believe that the unbuilt is as important as the built. 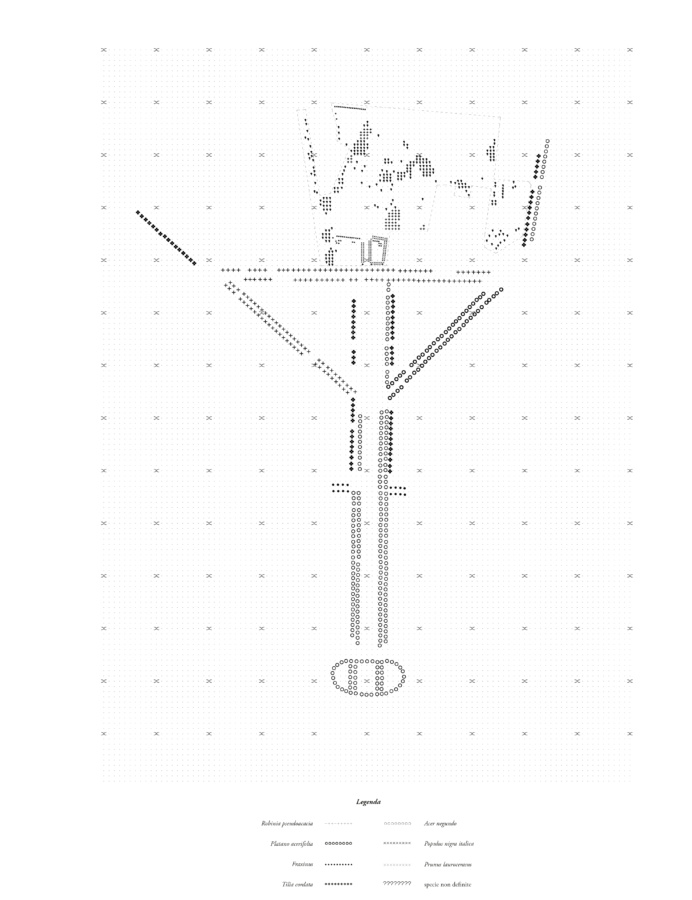 People from which countries/universities send you projects?

We are extremely lucky in that we receive projects from a multitude of countries, universities and studios.

Who are those people — students, architects, etc.?

Creative Minds; from the student, to the architect to the artist and designer our ambition is to discover, analyze and reveal the multitude of lenses through which we can draw and talk about the discipline, from its conception to its built form. 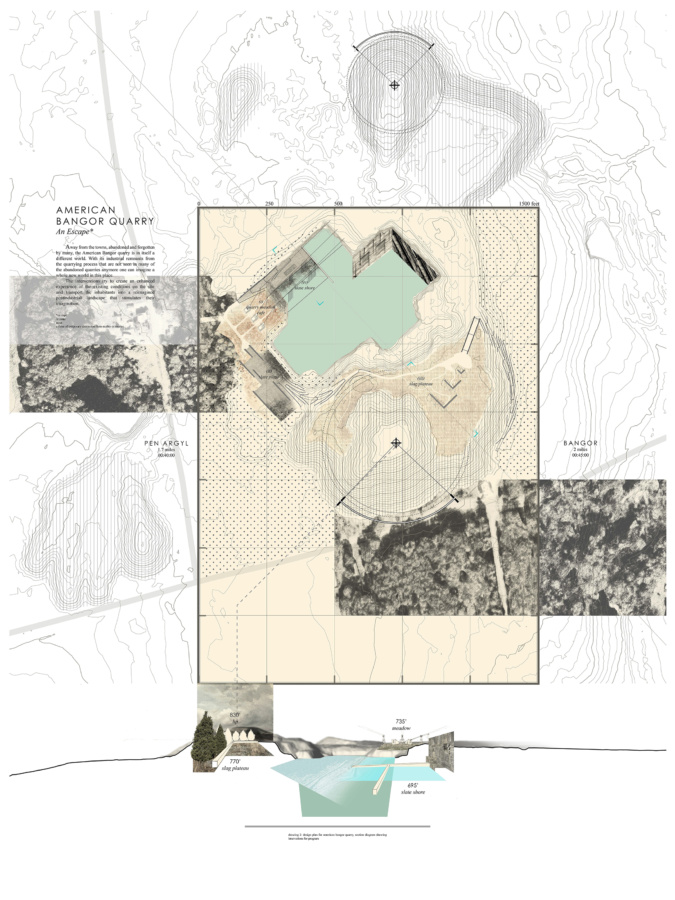 Parks of Material Culture, Prakul Board.

What is the meaning of architectural presentation — besides the usual presentation, meant to be understood by the average client (different clients, different approaches, still very anticipated ones) — but as a mean of research, or even as an object able to exist independently?

We treasure the drawing as a tool for research, a belief which brought us to indulge in a new project, our Abstraction series, a project which aims to explore the potential of the pixel and challenges a selected group of contributors to reflect on the very notion of tools, from the drawing and beyond. 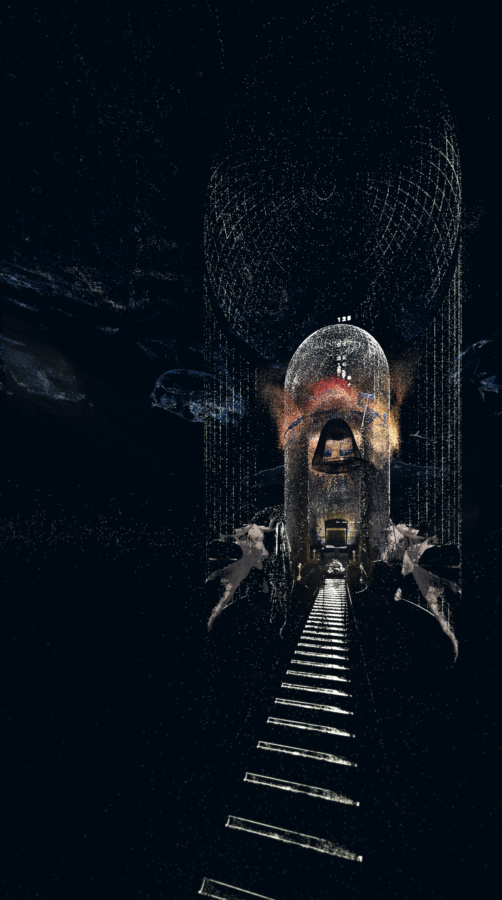 Relief from the Order of Architectural Transparency via the Monad and the Nocturnal: Allegory of the Lunatic, Mark Keller.

Without constraining the choice of medium, the brief stresses the need for a response which is not only tailored to be displayed digitally but also enquires upon the space of the worldwide web, its medium and modalities.

In specific the first #Abstraction.01: Tools wants to dwell further on the concept of ‘tools and representation’ – expanding to other mediums and methods, of making and crafting architecture at large. 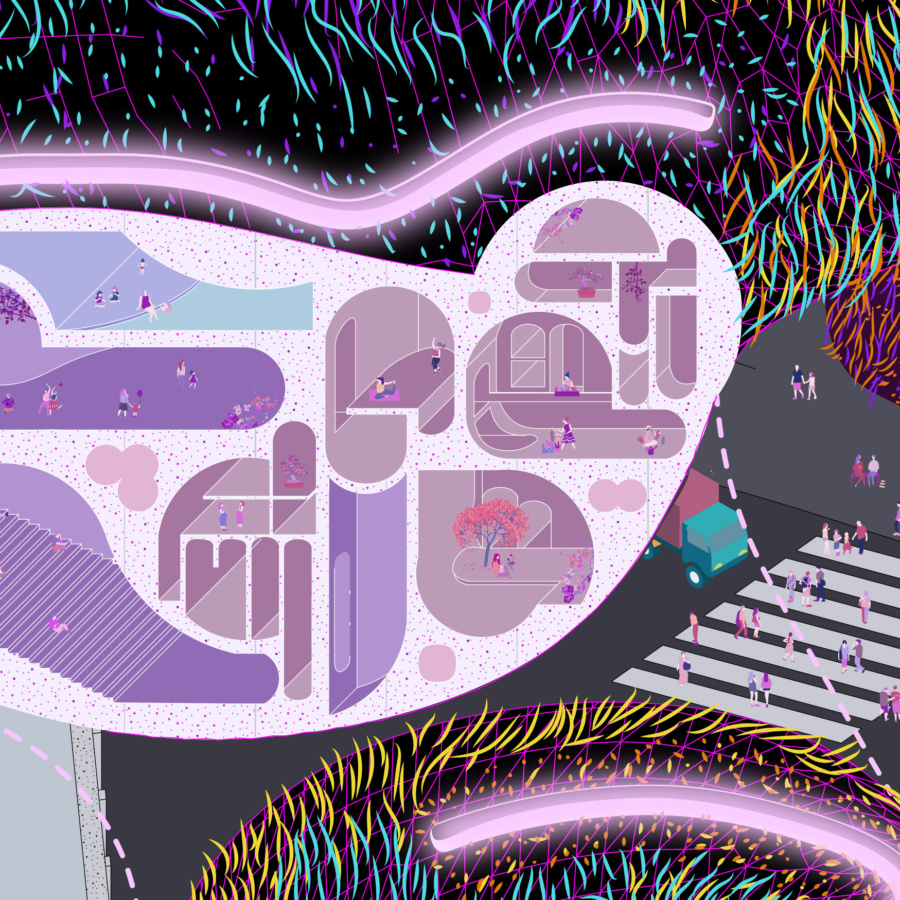 Not limiting itself to the perspective of Architects, once again KooZA/rch has opened up the discourse and invited artists, designers and video makers to participate to the discussion. Driven by the ambition of exploring a variety of mediums the contributions range from augmented reality images and experiments, streaming of exhibitions and their constructions, whats-app conversations, interviews, essays, photographs and drawings. 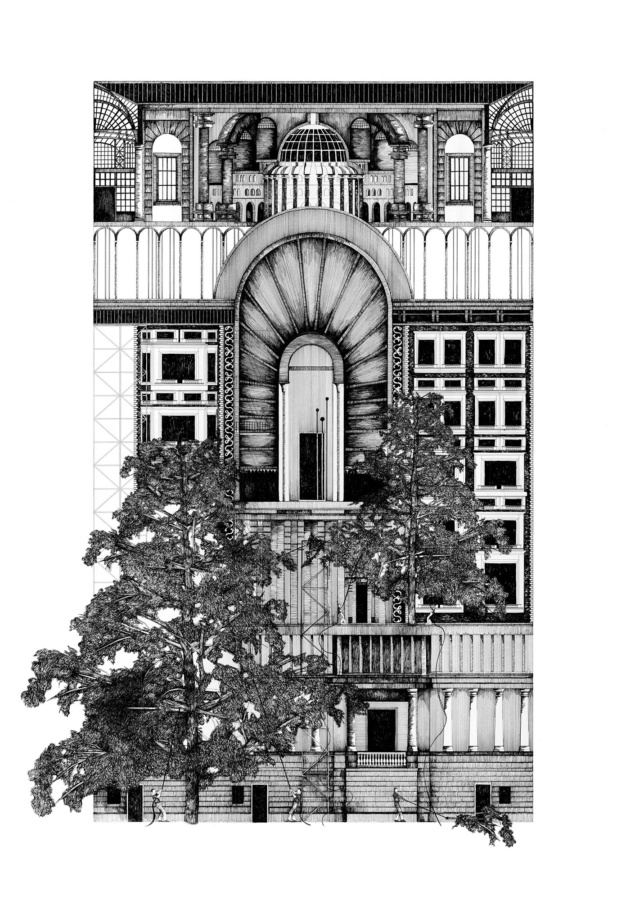 What do you think about the current trends, what are they and where they lead, and what would you expect?

I believe that ‘trends’ are dangerous in that they tend to standardize ideas.

Thanks to Federica Sofia Zambeletti and the KooZA/rch team for the interview and illustrations.